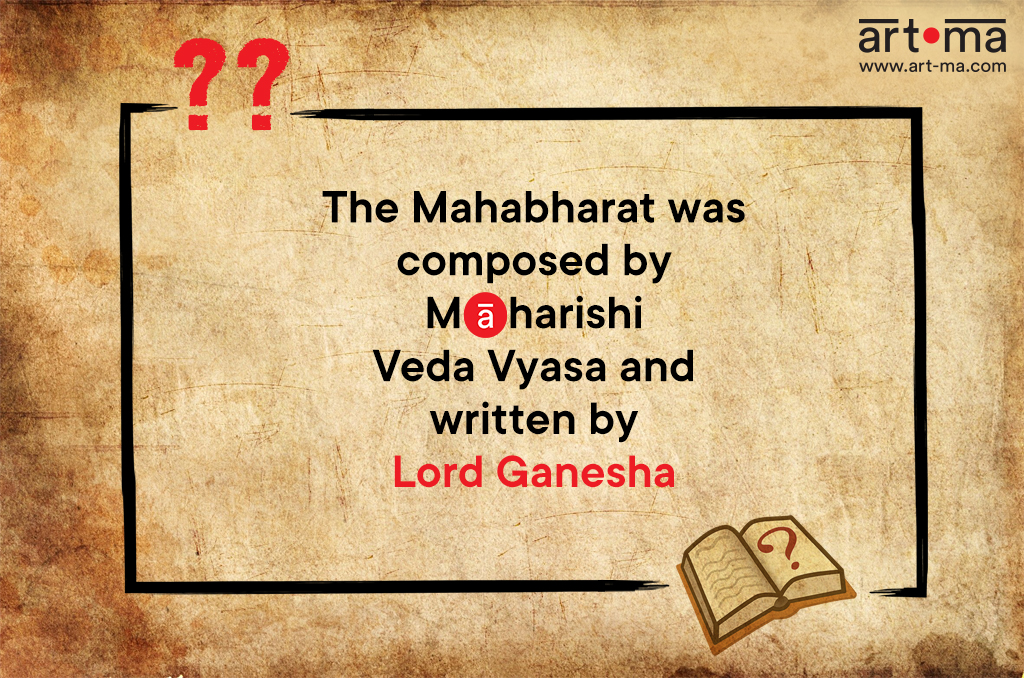 The Mahabharata, as we know it today, is a compilation of several works by different authors over a very long period of time. The longest portion, named Jaya (Victory), was composed by Veda Vyasa, himself a character in the epic, whilst it was Lord Ganesha who penned down the verses. Thus Vyasa is traditionally know as the chronicler of the Mahabharata, which he describes as being Itihasa, meaning history in Sanskrit.