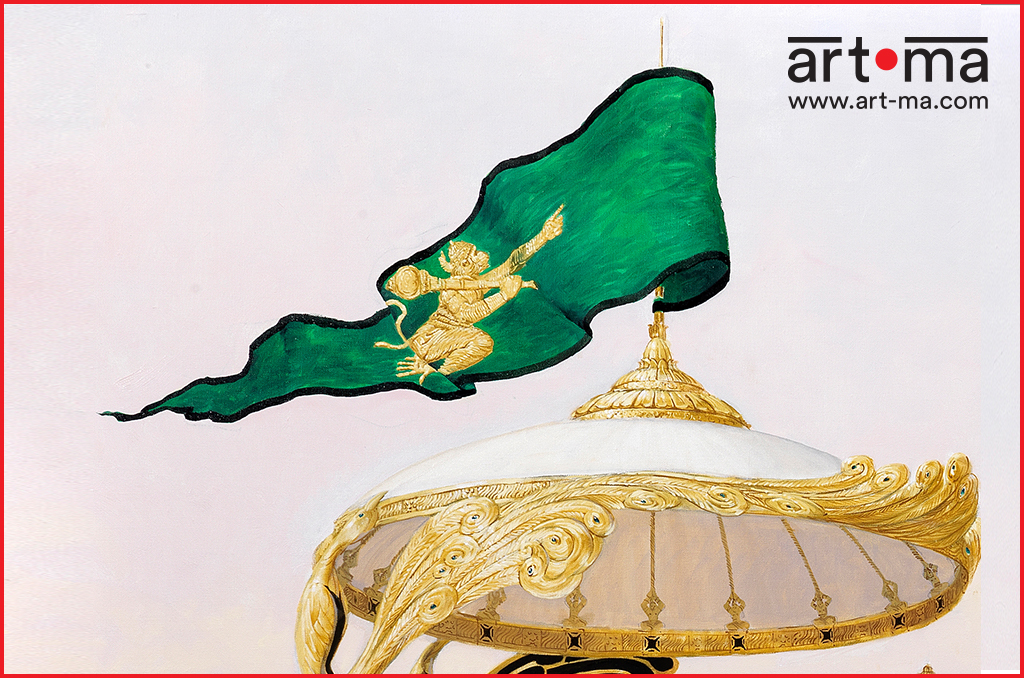 While the main story of the Mahabharata is fairly simple to follow, there are several other shorter stories that have been woven into the main narrative. An example of this would be the cameo Lord Hanuman makes in the epic poem. He appears on two occasions, but his brief presence leaves an indelible mark on the main narrative.

Hanuman was the son of Lord Vayu, which made him the half-brother of one of the Pandavas –Bhima. While he had a much greater role to play in another epic, the Ramayana, he was also a source of great support for the Pandava brothers.

He made his first appearance in a forest where Bhima was in search of a fragrant flower that his wife Draupadi desired. Bhima was known to have enormous strength and could be arrogant because of this superpower. He was trying to find the source of the flower, but his way was blocked by a large sleeping monkey. Bhima requested the monkey to let him pass. Bhima was not aware the monkey was his half-brother. The monkey replied saying he was old and was unable to move, hence Bhima would have to move his tail aside to pass. An arrogant Bhima used all his might, for a long time, but failed to move even an inch of the tail.

This is when Bhima realised he was in the presence of his half-brother. He humbly apologised to Hanuman, who was happy to have subdued his sibling’s inflated pride.

The second time Hanuman makes an appearance is during the Kurukshetra war. He had promised Bhima that he would help the Pandavas fight the war. True to his word, Hanuman remained perched on the flag atop Arjuna’s chariot throughout the battle. Hanuman had the ability to shift his weight seamlessly, which helped Arjuna’s guide and charioteer, Krishna, steer the vehicle effortlessly.  The team of Arjuna, Krishna and Hanuman proved to be invincible in the end.

While his appearance was brief, Hanuman selflessly helped the Pandavas, asking for nothing in return. His role in the Mahabharata, however, teaches us that often it is the smallest things that can make the biggest impact.