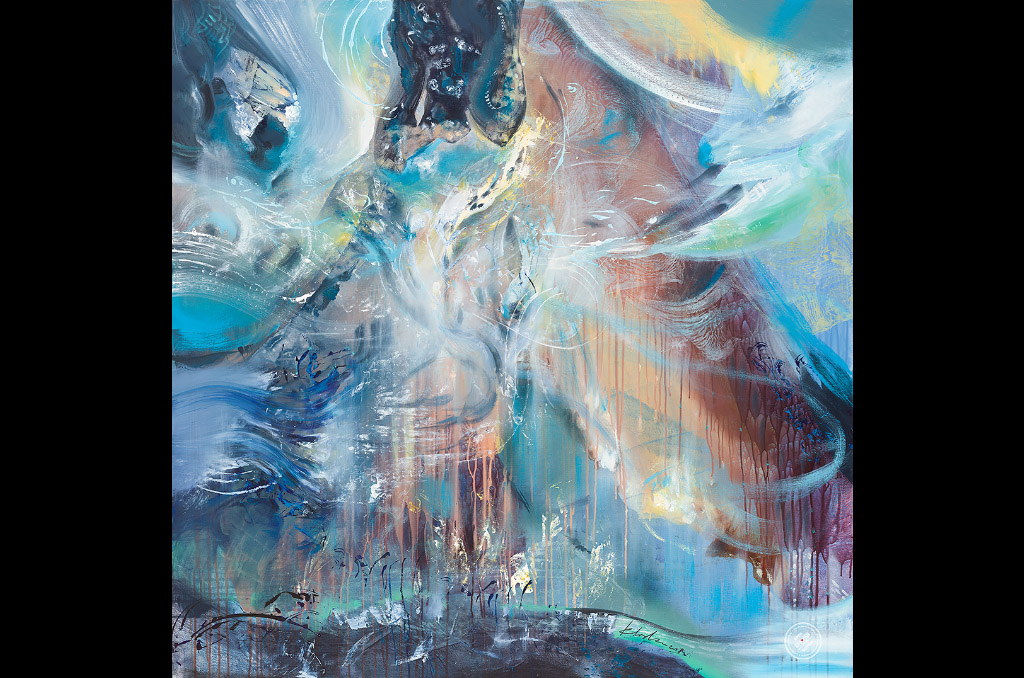 You are now looking at Ovidiu Kloska’s depiction of another classical element – air. In the ancient Indian language of Sanskrit, air is sometimes referred to as ‘vayu’, which translates into wind in English, as seen in several Hindu scriptures. This is the third painting in Kloska’s exclusive series of five elements – fire, water, earth, air and space – for Art-ma.  These elements find a mention not just in Hinduism, but in several different cultures such as Buddhism, Jainism and even in Greek and Persian philosophy.

In Buddhism, for example, air is a symbol of liberated energy, which helps pacify and enrich the soul and even acts as a magnet to attract what we desire.

According to Hindu scriptures, air symbolises the soul, its strength and its consciousness. But this element also represents mobility – a vibration of purifying energy that enters our body when we breathe. It is subtle, but moves at great speed – an invisible power that traverses the mind, body and soul. Air nourishes the soul, giving it vitality and dynamism. Without this positive life force, the soul ceases to exist.

With his rich use acrylic shades of blue, brown, yellow and green, and big brush strokes, Kloska recreates the dramatic movement of wind. Look at it carefully and you can almost hear the hushed sound of the wind as it dances its way through space. Kloska amalgamates heavy textures to depict the freedom with which air glides gently into the body – like a kite soaring through the sky without any boundaries to hinder its movement.

This abstract piece will breathe new life into your home. It will not only create an interesting corner, but also a spiritual space that will be both heavenly to look at and fascinating to analyse.