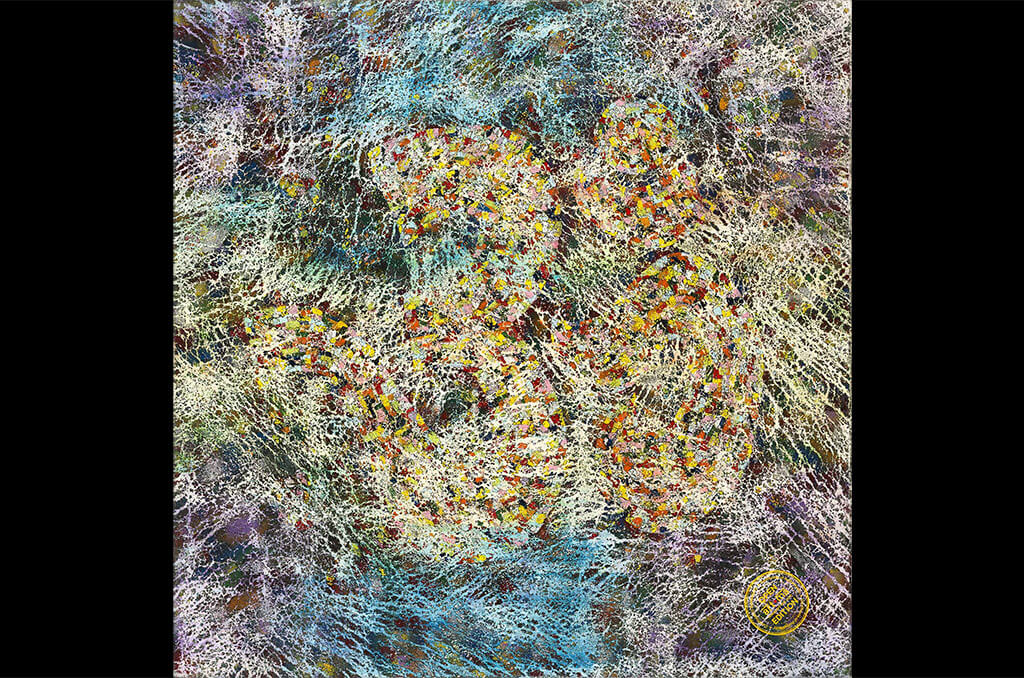 Considered to be the universal or primordial sound, AUM holds spiritual value in faiths such as Hinduism, Buddhism, Jainism and Sikhism. This sound, which is part of ancient iconography, is linked to concepts such as the mystical syllable or cosmic sound and is believed to reverberate in every cell of our being.

AUM comprises three phonetic components which, according to Vedic traditions, are said to interpret different aspects or stages of cosmic creation. When you examine one phoneme at a time, ‘A’, ‘U’ and ‘M’ represent creation, preservation and liberation. As such, this syllable celebrates the myriad facets of the universe and creation.

Artist Patrizio Landolfi takes up the layered meaning of AUM, making it his own through fragmentation—his hallmark technique. Here, the work of art is born in slow progression, one layer at a time, through elements that appear, disappear and come into life every step of the way. As the artist builds, breaks up and rebuilds the masterpiece, various levels of colour and design spring forth and AUM takes shape at the centre of the canvas.

In this oil on acrylic work, which features multiple embedded layers, the three curves signify the conscious, unconscious and dream state respectively, while the crescent and dot are representative of illusion and the state of liberation and ultimate peace. Patrizio Landolfi’s rendering of AUM gives this ancient symbol modern texture and promises the beholder depth, both in terms of artistry and traditional meaning.

To know more and order your print now, click here.